We are not currently taking orders. Please contact us for any requests. 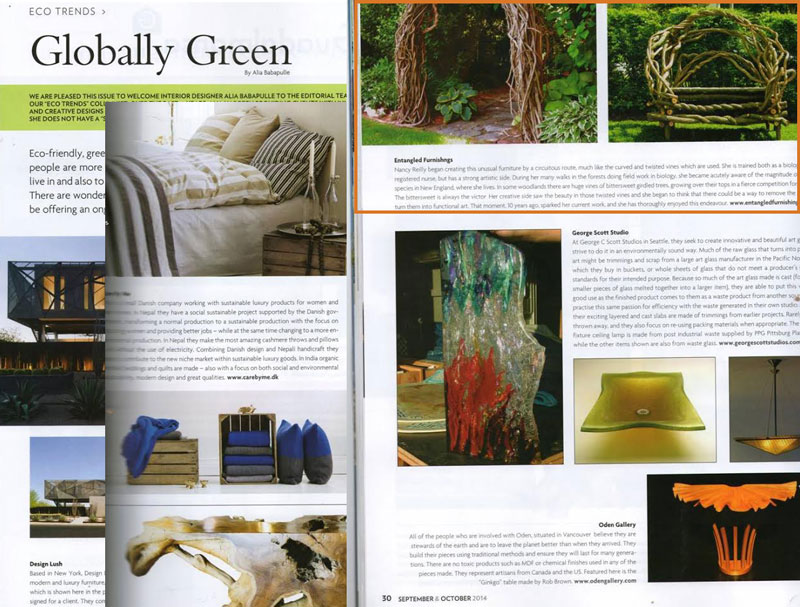 Nancy Reilly began creating this unusual furniture by a circuitous route, much like the curved and twisted vines which are used. She is trained both as a biologist and a registered nurse, but has a strong artistic side. During her many walks in the forests doing field work in biology, she became acutely aware of the magnitude of invasive species in New England, where she lives. In some woodlands there are huge vines of bittersweet girdled trees, growing over their tops in a fierce competition for sun light. The bittersweet is always the victor. Her creative side saw the beauty in those twisted vines and she began to think that there could be a way to remove the vines and turn them into functional art. That moment, 10 years ago, sparked her current work, and she has thoroughly enjoyed this endeavour. 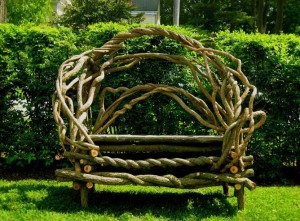 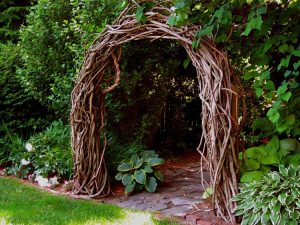 Home & Lifestyle Magazine is an English magazine situated in Marbella in southern Spain. The team is made up of a fantastic friendly group of professionals spread out over the Costa del Sol and Gibraltar who are passionate about publishing, home decoration and life on the southern coast of Spain. Home & Lifestyle Magazine was launched in May 2008 and it has since become one of the most successful glossy magazines on the Costa del Sol and Gibraltar.